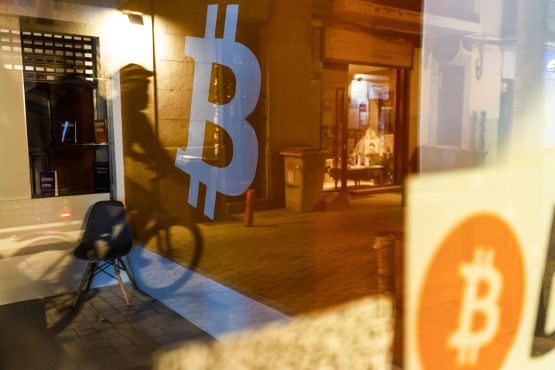 Bitcoin is about to face a fresh onslaught over its damaging environmental footprint.

Several climate activist groups including Greenpeace and crypto billionaire Chris Larsen are launching a “Change the Code, Not the Climate” campaign, designed to pressure the Bitcoin community to alter the way it orders transactions that already consumes as much power as Sweden. In five years Bitcoin may consume as much power as Japan, Larsen said in an interview.

The campaign will buy ads in leading publications over the next month. Greenpeace, Environmental Working Group and some local activist groups battling Bitcoin miners are also mobilizing their millions of members for grassroots efforts. The campaign has already reached out to a dozen key people and corporations, some of them involved in Bitcoin and yet pledging Environmental, Social and Governance, or ESG, compliance, according to Michael Brune, who is in charge of the campaign.

“We are in this campaign for the long haul, but we are hoping — particularly since Bitcoin is now being financed by entities and individuals who care about climate change — that we can compel leadership to agree that this is a problem that needs to be addressed,” said Brune, who was a long-time executive director of the Sierra Club before resigning last year. “Goldman Sachs, BlackRock, PayPal, Venmo, Fidelity — there are lots of companies we anticipate will be helpful to this effort.”

The campaign is counting on several factors to help its cause: There’s increasing frustration in some communities in the US that have found themselves hosting Bitcoin miners and dealing with issues such as excessive noise. After China banned crypto mining last year, a flood of miners moved to the US.

Bitcoin’s main rival, Ethereum, is readying for a major software overhaul that will make it more environmentally friendly. Just like Bitcoin, it’s currently using giant server farms to order transactions via a process called Proof of Work. But within months Ethereum could switch to a different method, called Proof of Stake, which is projected by some to cut its energy consumption by 99%.

“Now with Ethereum changing, Bitcoin really is the outlier,” Larsen said. “Some of the newer protocols — Solana, Cardano — are built on low energy.” Larsen said he’s put in $5 million to fund the campaign, partly because he feels that Bitcoin won’t continue to enjoy investors’ support unless it changes.

Last year, Larsen had a net worth of $3.4 billion, according to Forbes’ billionaires list. He is executive chairman and co-founder of Ripple, which supports XRP. The US Securities and Exchange Commission sued Ripple, Larsen and another executive in 2020, alleging they “raised over $1.3 billion through an unregistered, ongoing digital asset securities offering.” The case is expected to wrap up this year. Larsen said he is not launching this campaign to bring down a rival cryptocurrency.

“If I was concerned about Bitcoin as a competitor, probably the best thing I could do is let it continue on this path,” Larsen said. “This is just an unsustainable path.”

In recent years, Larsen said he has refocused on philanthropy, and invested about $90 million into various causes, many of them related to climate change.

Bitcoin’s environmental concerns came to the fore last year, when Elon Musk said Tesla Inc. would resume accepting Bitcoin as payment only after at least 50% of the mining relies on renewable energy.

Larsen said Bitcoin’s power consumption issue could be fixed via a soft or a hard fork — both changing the network’s code to make Bitcoin less power hungry. A soft fork would preserve Bitcoin as a single blockchain. A hard fork would split Bitcoin into two separate networks, one supporting miners and the other running different code — perhaps Proof of Stake.

The campaign believes that about 50 key miners, crypto exchanges and core developers have the power to change Bitcoin’s code.

Whether the campaign will work is a different story. Bitcoin miners — earning more than $15 billion last year, according to data from The Block Research — would have to be given incentives to switch. Shifting to Proof of Stake is technologically complex, and it has taken Ethereum years to develop and to test the code necessary for the change. Perhaps more importantly, many Bitcoin diehards are adamant against changing the system created by Satoshi Nakamoto, the pseudonymous person or group credited with developing the software.

“I’d put the chance of Bitcoin ever moving to PoS at exactly 0%,” said Chris Bendiksen, a Bitcoin researcher at CoinShares and one of the world’s leading experts on Bitcoin mining. “There is no appetite among Bitcoiners to destroy the security of the protocol by making such a move.”

But while maximalist Bitcoiners may not want to deviate from Nakamoto’s vision, Larsen contends times are changing.

“Some of it borders on religion. Heresy, of course, is not a technological term,” he said. “Now a lot of what’s driving crypto is the enormous liquidity that’s come from the traditional market players. And generally those people are not religious about these technologies. So it’s just a matter of time.”