In the recent turn in the SEC v. Ripple case, the judge unsealed three sets of documents, igniting curiosity in the XRP community on what could happen next. Cryptocurrency lawyer John Deaton, representing over 64,000 XRP holders in the case, explained that there are two potential moves that the SEC could make.

Deaton suggests that it would be “near impossible to prove any real correlation” between XRP price and public announcements made by Ripple. The lawyer added that the SEC must also prove Garlinghouse and Larsen sold the cross-border remittance token in the United States.

The crypto lawyer also wondered whether the SEC would attempt to claim that Ripple created the secondary market for XRP, if they fail to prove that the two defendants sold XRP in the United States.

Although Deaton was granted amicus counsel status in the case, he had not been shown the unsealed documents.

XRP price has broken out of the upper boundary of the symmetrical triangle pattern on the 4-hour chart, projecting a 21% climb toward $0.75. There appears to be little headwind ahead before Ripple attempts to tag the bullish target.

XRP price will face a hurdle at the 61.8% Fibonacci retracement level at $0.71 before reaching the optimistic target at $0.75.

However, XRP price may find difficulty slicing above $0.75, where the resistance line given by the Momentum Reversal Indicator (MRI) and the 78.6% Fibonacci retracement level sit. 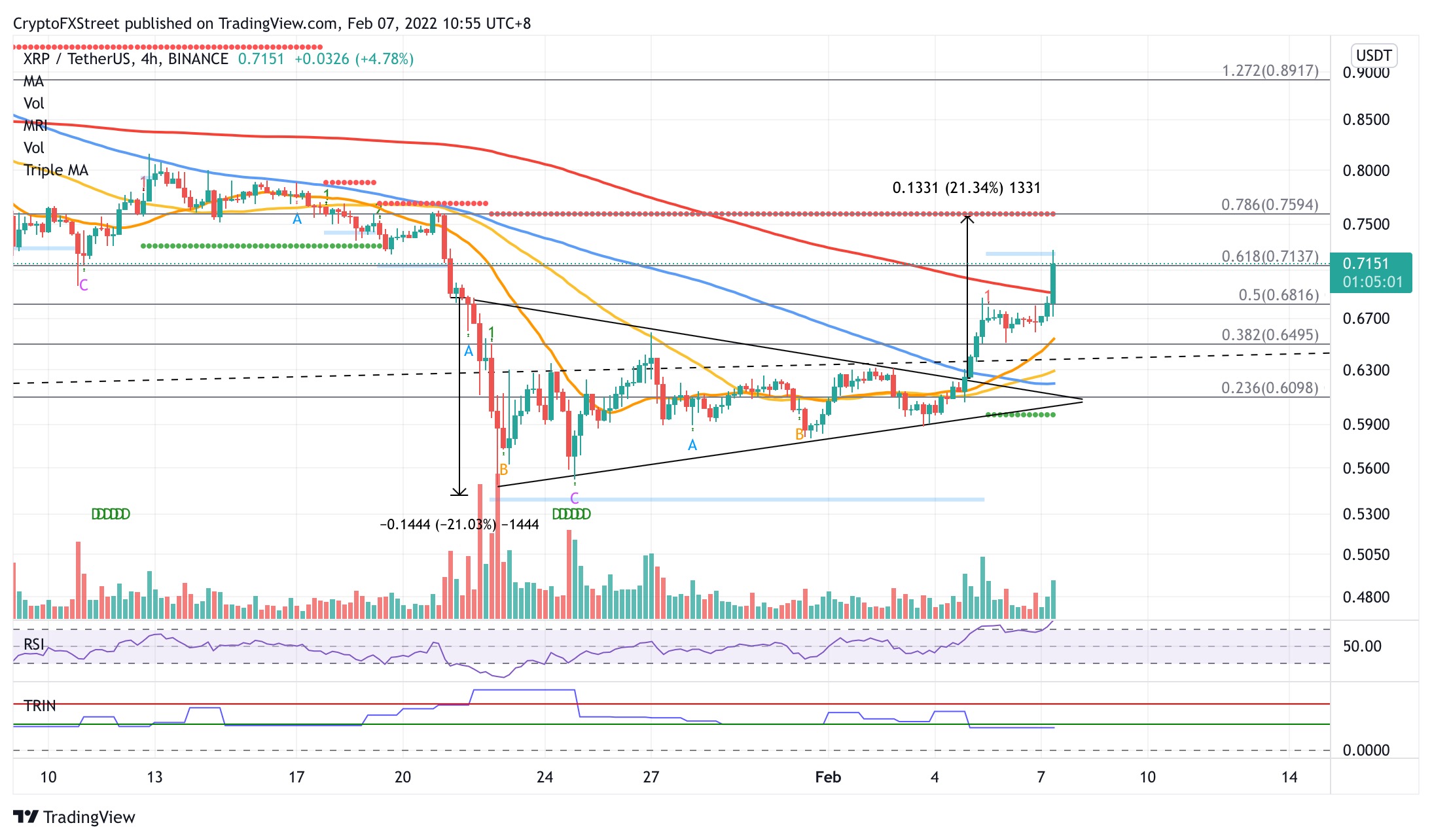 If a spike in buying orders occurs, the bulls may then target the January 12 high at $0.81.

However, if selling pressure increases, XRP price may discover immediate support at the 200 four-hour Simple Moving Average (SMA) at $0.69.